Attorney Tom Mesereau speaks about his law partner, Susan Yu
By Deborah L. Kunesh
“Susan Yu really was the unsung hero of the 2005 Michael Jackson Trial” ~Tom Mesereau
Many don’t realize the incredibly important role that Tom Mesereau’s law partner, Attorney Susan Yu, played in Michael Jackson’s 2005 trial and acquittal.
Together, Mesereau and Yu both worked as a well-oiled machine to bring truth and justice to a case that was riddled with deception, greed and a vendetta, not to mention a media hell-bent on twisting the facts of the case and making sure that Michael Jackson would be found guilty in the court of public opinion, if not in the courtroom.
If Mr. Mesereau was the bold and shining name on the marquee, Susan Yu was the bright shining light gleaming behind the marquee letters.  One, without the other, would be missing something absolutely crucial.  The dynamic duo was dynamic, according to Mesereau, because of his partner.
“Susan Yu was the only lawyer I worked closely with during the Michael Jackson trial.  She was the only lawyer I trusted.  She was, without a doubt, the most important lawyer on the defense team,” stated Mesereau.


One thing is certain.  Mesereau most definitely has very deep respect and admiration for his partner in law and justice, and rightfully so.

“When I was interviewed by Michael and Randy Jackson, I said that I would only serve as Michael’s lead counsel if Susan Yu were my co-counsel,” stated Mesereau.  “Randy and Michael were well aware of Susan’s superior legal abilities.  They repeatedly said that Susan and I were the most important lawyers on Michael’s defense team.  All of the other lawyers were expendable as far as Michael and Randy were concerned,” said Mesereau.

Susan Yu and Tom Mesereau in June 2005
“Each day, the only lawyers who knew what the defense strategy and tactics were going to be were Susan and I.” said Mesereau.   “We worked closely with our staff, all of whom lived in condominiums in the same complex.  We were like a guarded encampment.  We never shared our tactics or strategy with other lawyers, including local counsel.
I allowed local counsel to handle matters that I didn’t think were particularly critical.  Only Susan and I handled the critical matters.”
Yu also developed a close friendship with Michael Jackson throughout the course of the trial (as Susan herself notes, this came about from sharing so much grief and strong emotion due to what happened to Michael and throughout the course of the trial, and Michael’s very own kind, thankful nature) and she stayed in touch with Michael even after he left the country after the 2005 trial came to a close.  In the video below, Susan speaks to a reporter about Michael Jackson and the type of person he was, their friendship, representing him as a client, and being a lawyer.

Susan Yu talks about Michael and the type of person he was, working with Michael Jackson and befriending him.  English begins at 50 seconds

Mesereau goes on to share some of Yu’s accolades, with the complete respect that comes from a rock solid partnership and mutual trust.


“Since the Michael Jackson trial, Susan has achieved a remarkable trial record in criminal and civil court.  Of particular note to Michael Jackson fans is her victory on behalf of Madame Bongo, the former First Lady of Gabon, Africa,” said Mesereau.


“Madame Bongo, and her daughter, are close to the Jackson family and have stayed at the Hayvenhurst residence on numerous occasions.  Susan represented Madame Bongo in a civil fraud trial after the Michael Jackson verdict.  Madame Bongo was about to be defrauded out of her expensive mansion in Beverly Hills.  Susan went into court and stopped the fraud.”


Unbelievably, Susan came face to face once again with someone who had done so much damage to her former client and friend, Michael Jackson.


Tom Mesereau shares, “She then represented Ms. Bongo in a trial where opposing counsel was Barry K. Rothman.  Yes, this is the same Barry K. Rothman that represented Evan Chandler, the father of Jordie Chandler, in 1993.  Susan won her trial against Barry K. Rothman and prevented Madame Bongo from being defrauded out of her home.  The trial judge made a finding that fraud existed and awarded the verdict and judgment to Susan Yu and her client.” 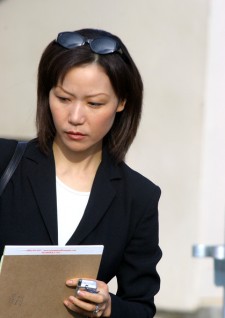 Yu has received recognition and awards for her contributions to various community-based organizations and has been listed as one of the “Top 75 Women Litigators in California” by the Los Angeles Daily Journal, the leading legal newspaper in California

Committed to excellence and strong dedication to her clients, Ms. Yu has consistently obtained outstanding results, both in and out of the court.

Both Susan Yu and Tom Mesereau were a stellar law team that brought justice for Michael Jackson in the courtroom and overcame some heavy obstacles…a rabid media, so much deception, a family with an intent to extort.  It’s wonderful to see Susan Yu getting some very well-deserved recognition from her law partner and someone so highly respected in the Michael Jackson fan community.

Congratulations Susan for all of your accomplishments and thank you so much for all you did for Michael!  You, along with Tom Mesereau, made sure an innocent man was exhonerated.  God Bless You both! 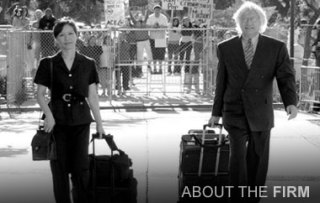